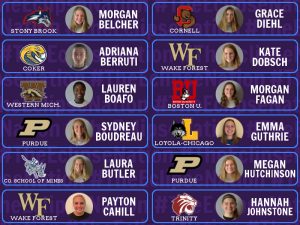 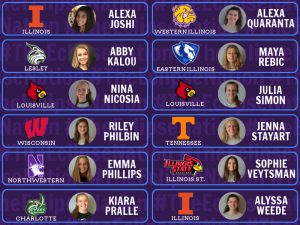 “On behalf of the entire Eclipse Select family, the club wants to congratulate our players for officially taking the next step in their academic and athletic careers.” Eclipse Select President Rory Dames stated. “I am extremely proud of this class as they continue to carry the rich playing tradition and the success of Eclipse Select Soccer Club to top-tier programs around the country. Every year there is great pride throughout the club in assisting players to reach this goal. The start of the spring schedule is rapidly approaching, but it is always great to take a step back before then and congratulate these players on what they have accomplished.”

Six players from this Eclipse Select class are headed to programs that competed in the 2019 NCAA Tournament. Defender Riley Philbin  (Northbrook, Ill.) is bound for defending Big Ten regular-season Champion University of Wisconsin. The Badgers made it the furthest in the 2019 NCAA Tournament amongst all the schools in which Eclipse players have signed for by reaching the regional semifinals last November.

Below is a breakdown of the Eclipse Select Class of 2021 on National Signing Day:

Very excited and proud of what our Class of 2021 has accomplished. You will always be apart of #TheEclipseNation. Good luck in the next chapter of your playing career!#NationalSigningDay #provenpathway #EclipseAlumni