CHICAGO (May 8, 2018) – The Eclipse Select Soccer Club has announced the Girls and Boys Programs will be “All-In” for the Elite Clubs National League (ECNL) 2018-19 season. The club has exclusively placed the ECNL as its aspirational top level of competition for its elite female and male players and teams. 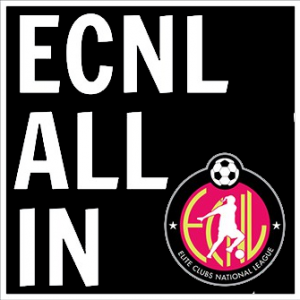 After evaluating what is best for the players, families, and Eclipse Select holistically, it has been determined that the ECNL is most in-line with the club’s mission, vision, and core values. The club is excited about what the future has in store along this avenue moving forward.

Since being a founding member of the ECNL in 2009, the club has been a first-hand witness to the league’s proven pathway for individual growth and player development. At the same time, Eclipse has found national success on the playing field, while alumni have gone on to play at all higher levels of soccer after their time with the club.

The Eclipse Select Soccer Club is determined to set the standard for youth soccer clubs in Illinois and the United States by identifying, selecting and developing soccer players in a comprehensive club structure that is “Dedicated to Family”, “Built on Tradition,” and “Committed to Excellence.” This is designed to prepare players to succeed on and off the playing field may that be in soccer collegiately and professionally or in all phases of their lives.

The Girls ECNL is excited to announce that @EclipseSelectSC will join more than 80 other “All-In” clubs for the 2018-19 season. https://t.co/20sWJUb4QG

BEBAR AND VAN ZANTEN PREPARE FOR U-17 WNT CONCACAF QUALIFYING